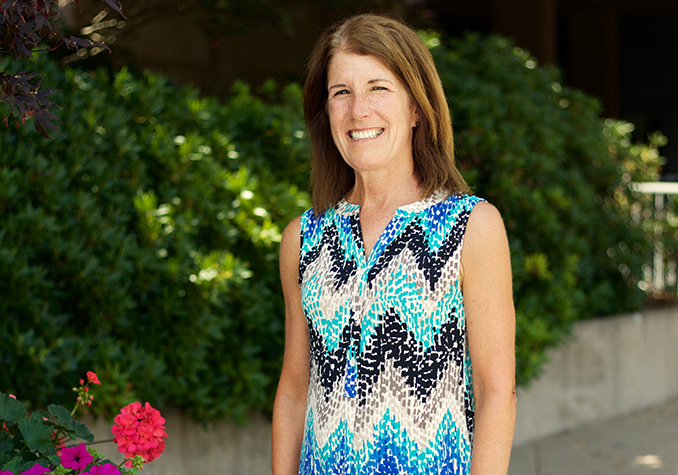 Researchers at the University of Connecticut wanted to identify PEH-associated variants in exon regions across the genome.

Dr. Pescatello and her colleagues chose TruSeq Custom Amplicon to create a custom panel to sequence the exons of 41 genes. Amplicon sequencing of subject samples was performed using the MiSeq System.

The panel design and amplicon sequencing process was customizable, straightforward, and transparent. The team obtained significant results demonstrating genotype-dependent differences in PEH variants after moderate and intense exercise. The data will be used as the basis for a larger follow-on study.

Professor Linda S. Pescatello at the University of Connecticut has been studying why blood pressure changes after exercise for more than two decades. For some people, blood pressure is lower on the days they perform acute or short-term exercise than on the days they do not exercise, a phenomenon known as postexercise hypotension (PEH). Dr. Pescatello hypothesized that genetic variants associated with hypertension, renal function and structure, and the blood pressure response to chronic or long-term exercise (exercise training) might also be associated with PEH.

In 2001, Dr. Pescatello and her team began studying exercise genomics. They gathered 90 blood samples of participants in their exercise programs and performed candidate gene association studies. They assessed renal polymorphisms reported to be associated with hypertension and found several variants that were associated with PEH.

“However, It became obvious how hit-and-miss gene association studies were in identifying variants,” Dr. Pescatello said. “They were more like fishing expeditions. We realized that next-generation sequencing (NGS) would enable us to look at much larger portions of the genome simultaneously.”

"...it became obvious how hit-and-miss association studies were in identifying variants. They were more like fishing expeditions. We realized that NGS would enable us to look at much larger portions of the genome simultaneously."

First, the team needed to create a targeted gene panel. “We didn’t want anything prepackaged,” Dr. Pescatello stated. “Again, we were trying to avoid a fishing expedition. We worked with Illumina to create a custom amplicon panel.”

“We performed a comprehensive search of the literature and came up with 41 genes,” Dr. Pescatello added. “Those included the renal variants we had identified in gene association studies, and variants identified by others that were associated with the blood pressure response to exercise, hypertension, or obesity. We gave those 41 genes to Illumina and told them we wanted to sequence the exons of those genes.”

The team chose TruSeq Custom Amplicon, an amplicon-based assay for targeted resequencing, to perform amplicon sequencing. “I spoke with people in our Institute for System Genomics and they agreed that TruSeq Custom Amplicon was the right assay to use,” said Dr. Pescatello. “There’s so much noise in this type of research. The more you can eliminate the noise, the better off you’ll be.”

Illumina guided a member of the research team on how to use DesignStudio™ Software, an easy-to-use online tool. They created a panel of TruSeq Custom Amplicon oligonucleotide probes to generate 1214 amplicons with a size range of 225–275 bp.

"TruSeq Custom Amplicon met our expectations and more. We had an amazing hit rate... We found more associations than we originally thought existed."

Amplicon sequencing of the samples was performed by the Jackson Laboratory and data were obtained in a few of weeks. “It didn’t take long at all,” Dr. Pescatello added. “Considering the number of people involved, the whole process was very transparent and we obtained high-quality data.”

“TruSeq Custom Amplicon met our expectations and more,” Dr. Pescatello said. “We had an amazing hit rate. Twenty-five percent of the genes in the panel were associated with PEH. In 75% of those genes, the associations differed between the African Americans and Caucasian subjects. We found more associations than we originally thought existed.”

Dr. Pescatello intends to work with Illumina again for a follow-on exercise study assessing a prioritized panel of more than 200 genes. “The experience was so positive,” she said. “I knew what I wanted to do, but I could never have done it without assistance from the Jackson Laboratory and Illumina. We met with such success that I wouldn’t go with anybody else. Clearly we were fortunate to align with Illumina.”

Read more about this study:

Learn more about the Illumina systems and products used for this study: