Voice of the customer: Bovine Testing 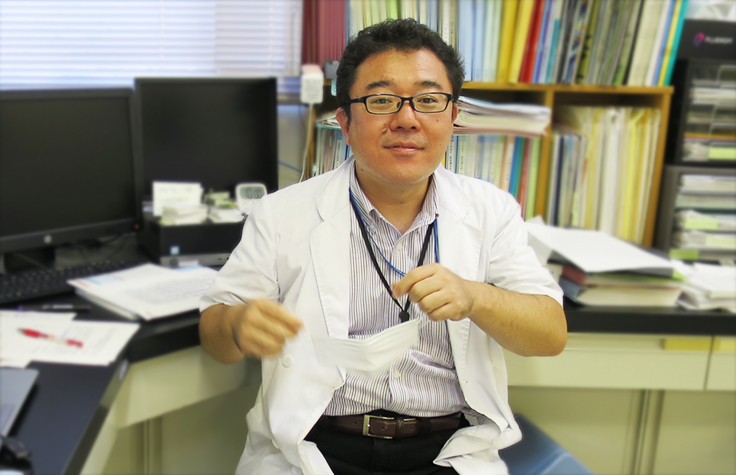 Livestock farmers desire for cattle such as Holsteins that produce a large quantity of milk and Japanese black cattle (Wagyu) that can produce a high quality and good quantity of meat. Dr. Atsushi Ogino and other researchers from the Division of Animal Genetics, Maebashi Institute of Animal Science, Livestock Improvement Association of Japan, Inc., provide scientific support to help the livestock farmers. Illumina interviewed Dr. Ogino about the significance of his research and the methods of genomic testing of cattle as livestock.

Q. First, please let us know about the work of the Livestock Improvement Association of Japan, Inc.

A. The association mainly produces sires and distributes frozen semen and the laboratory conducts a variety of genotype tests.

The main business of the Livestock Improvement Association of Japan, Inc. (http://liaj.lin.gr.jp) is the production of superior sires for dairy and beef cattle and the distribution of their frozen semen. In addition, we also collect and analyze data, such as dairy herd performance tests and perform identification of individuals. At the Maebashi Institute of Animal Science, we initially performed a lot of paternity tests to secure pedigree, but we are now conducting a wide range of genotyping tests. We have received requests for paternity testing and confirmation of genetic distance not only for livestock, but also for pets in addition to other animals, such as fish and reptiles from zoos, aquariums and fisheries experimental stations.

Q. What is the significance of performing a cattle genotype test?

A. It is essential for paternity and genetic disease testing.

The pedigree, both of dairy cattle, such as Holstein, and beef cattle, such as the Japanese black cattle (Wagyu), have long been emphasized, therefore paternity tests are performed. In the case of cattle, it is said that 50 to 60% of their ability is inherited, and that feed and breeding environment account for the other 40 to 50%.

For paternity tests, our institute is a laboratory certified by the International Committee for Animal Recording (ICAR), an international committee on livestock performance testing. In the case of Holsteins, where sperm and data are exchanged around the world, paternity tests are required to be performed using data from a certified laboratory. 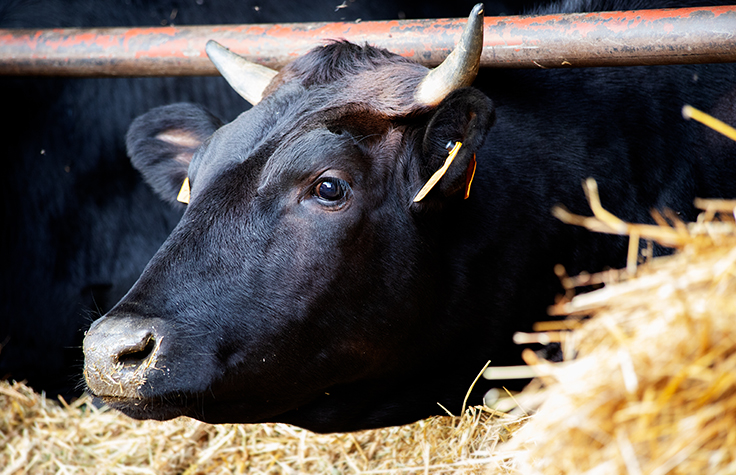 A. Since the ability of a sire is not known until it grows, this ability is estimated through the combination of a large amount of data.

Estimated breeding value has been utilized for over 20 years, and it estimates the ability of an individual based on individual records such as, the amount of milk for dairy cattle and, the total amount of meat and marbling for beef cattle, in addition to kinship records. This theory has existed for a long time, but it could not be put into practical use until computers evolved, as it involves a lot of complicated calculations and large amount of data.

The basis of estimated breeding value is that if a cattle is of high quality, its resulting calf will also have high quality. Since bulls do not produce milk, the amount of milk cannot be measured, and beef cattle cannot produce calves once they are processed into meat. For this reason, a bull’s ability as a sire to increase milk production, or to increase meat production and quality, can only be estimated from its calves.

For each bull, the estimated breeding value can be calculated through the addition of a variety of factors to the data and through the accumulation of records from the 1st and 2nd calves, such as milk production and feed each year, in addition to the records of parents and grandparents. In this way, it can be possible to scientifically estimate the ability of sires, including the genetic ability of those without records. In the past, this estimation was merely based on the appearance of a sire and the intuition of the livestock farmers.

Q. SNP testing has been added to the estimated breeding value. How is it done?

A. The national system was used for Holsteins, and a reference and database were created for Japanese black cattle in a unique way.

Genotype tests that include genetic diseases have been performed for more than 20 years. DNA paternity tests were performed using microsatellites. We started SNP testing using DNA chips in 2009. Our staff learned that new genotype tests were being performed in the United States and went there to conduct a survey in 2008, after which, we decided to introduce them in Japan as well.

In Japan, four organizations managing sires have each tested 180 Holsteins a year in cooperation with the Japanese government. We collected old frozen sperm samples from all over Japan and analyzed them. In 2010, a database was created using approximately 2600 cattle as a reference, and for the first time, sire candidates were selected based on genomic evaluation values. In the case of dairy cows, it takes about 7 years from first selecting a candidate as a sire to knowing the quality of that sire, when the daughter cow gives birth and produces milk. Therefore, the selection of candidates is very important.

On the other hand, although Japanese black cattle were very valuable and their pedigrees were controlled, their data could not be taken in the same way as Holstein cattle because the sire owners were scattered and the test conditions were different. In fact, it was thought that the construction of a reference and database would be difficult.

Therefore, first we did an annual analysis of the DNA of 40 Japanese black sire candidates that we were managing at that time. We then analyzed the DNA of the meat of the offspring that had actually been sold, and created a reference and database by statistically combining the data. Each time the offspring of a Japanese black sire became meat, the test was repeated, and the reference increased which resulted in improved accuracy. In this way, in 2013, we began a full-scale genomic evaluation, which integrates estimated breeding values and SNP testing data. We used Illumina's systems from the beginning, following methods used in the United States. Currently, the iScan System and the Infinium XT microarray product for large-scale genotyping is used for SNP testing. We believe that this system is the best at the present time because you can flexibly change the number of samples to be tested at one time.

Q. What are the benefits of genomic evaluation?

A. For livestock farmers, it’s easier to understand the ability of sires, and breeding has improved.

The speed of improvement has increased since the beginning of genomic evaluation, especially after SNP testing was added to the estimated breeding value. I heard that there is an increasing amount of Japanese black beef cattle being graded as A5, A5 is the highest quality among Japanese black cattle. We also breed calves for 40 sire candidates every year and test them. Now, even if we reduce the number to 30, we are able to secure candidates with excellent qualities.

For livestock farmers, the estimated breeding value, which is the ability of a sire, cannot be known until its offspring develops into an adult. Therefore, even though a bull which might have a high ability as a sire, may have been made into meat or sold to others because it did not physically look good. However, by incorporating SNP testing, calves can also be evaluated for their ability at an early stage. We are currently trying to estimate the incremental profit after implementing genomic evaluation.

For example, Holstein has a reference for genomic evaluation in each country. There are examples of genetic comparisons between Japanese Wagyu beef and Australian beef, but Japanese black cattle is a genetic resource unique to Japan that has never been taken abroad. Each country does not create a genetic database of endemic species or varieties that have been considered important from an agricultural point of view. The exception is that Japanese black cattle, which has a high unit price of meat and is being sold at a high cost.

Q. Will genotype testing be expanded to other livestock industries?

A. We are currently studying the genomic evaluation of pigs. It may expand to other animals.

I think genotype testing has a great potential for breeding in the general livestock industry. In fact, the needs of sires are becoming more diverse, and we need to quickly change genomic evaluation to meet these needs. For example, considering the welfare of animals, it is even more important to prevent the development of genetic diseases. In order to avoid the need to remove Holstein horns or cauterize them with a hot iron, I think that it will be necessary to test and introduce genes that do not allow for the development of horns in the future.

We are currently developing a genomic evaluation method for improving porcine breeding. Because there are not as many pigs to be tested as cattle, we are only improving pigs that will become parents. Also, genome editing is advancing in fish, and genotype tests may be used for breeding in aquaculture.

Learn more about the products and systems mentioned in this case study: