Improvements in next-generation sequencing (NGS) technology have greatly increased sequencing speed and data output, resulting in the massive sample throughput of current sequencing platforms. A key to utilizing this increased capacity is multiplexing, which adds unique sequences, called indexes, to each DNA fragment during library preparation. This allows large numbers of libraries to be pooled and sequenced simultaneously during a single sequencing run.

Gain insights on typical levels of index hopping and the downstream effect on applications.

What is Index Hopping?

Index hopping or index switching is a known phenomenon that has impacted NGS technologies from the time sample multiplexing was developed.1 It causes a specific type of misassignment that results in the incorrect assignment of libraries from the expected index to a different index (in the multiplexed pool). 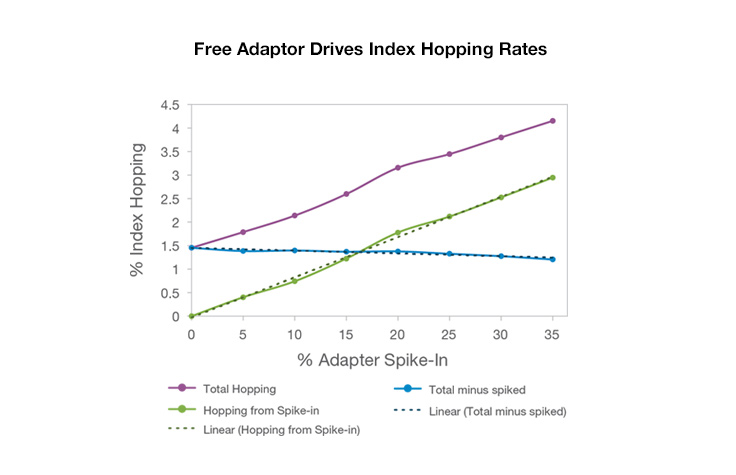 What is Index Hopping? 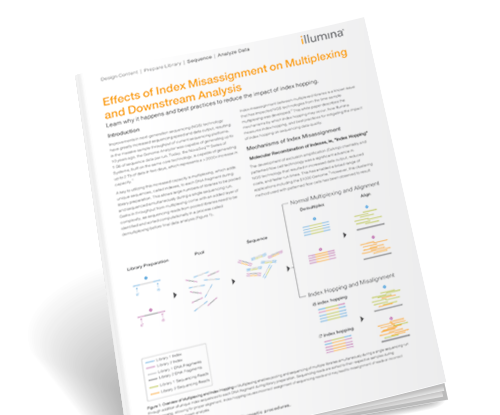 Learn why it happens and best practices to reduce the impact of index hopping.

What is the Impact?

While index hopping can occur, it has a limited effect on most applications and background hopped reads can be filtered out as noise. Typical levels of index hopping on patterned flow cell systems range from 0.1–2% depending on the type, quality, and handling of the library. Use of unique dual indexing combinations eliminates hopped reads from downstream analysis because unexpected combinations will be assigned as undetermined.

What is the impact?

To minimize the level and effect of index hopping, customers should follow these library preparation best practices: 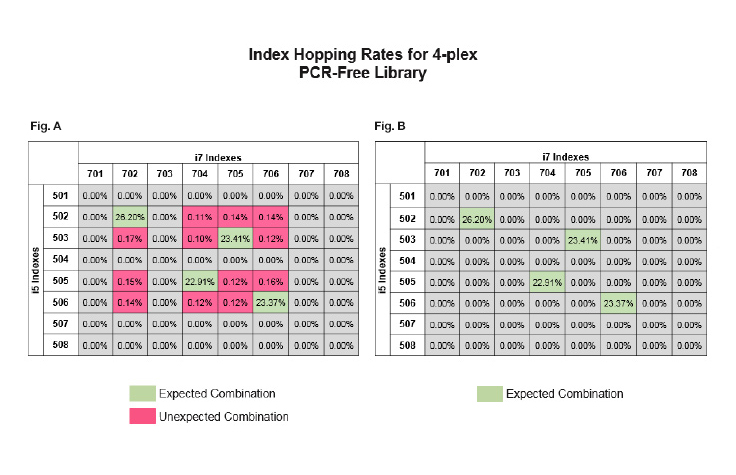 Unique molecular identifiers are a type of molecular barcoding that provides error correction and increased accuracy during sequencing. Sequencing with UMIs can reduce the rate of false-positive variant calls and increase sensitivity of variant detection.

The following products are compatible with the new unique dual index kits:

Illumina is also developing an enzymatic solution that will help reduce the level of free adapters in libraries. This step takes place after library generation and further reduces index hopping levels.

Looking for more tips for your next-generation sequencing experiment? View our NGS tutorials for training and best practices.

Interested in receiving newsletters, case studies, and information from Illumina based on your area of interest?

Work with expert Illumina instructors and get hands-on training. We also offer online courses and webinars.