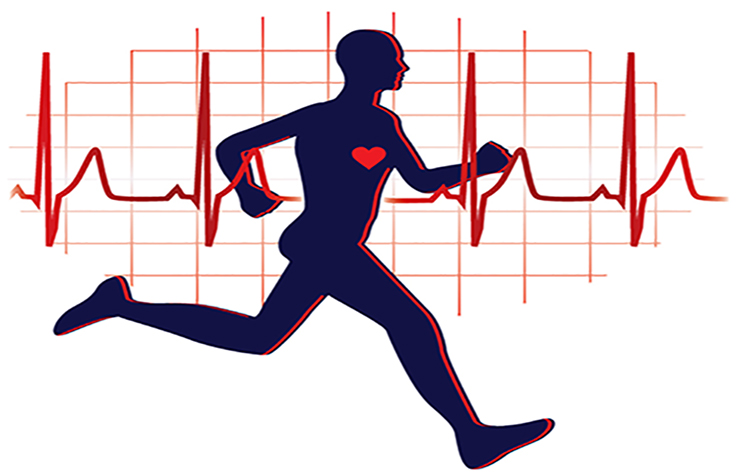 Dr. Pescatello and her team began studying exercise genomics in 2001. The renal system is a major blood pressure regulator, so they focused on identifying renal variants associated with study subjects’ different blood pressure responses to a single bout of exercise. They performed candidate gene association studies to identify variants and documented how each polymorphism tracked with PEH. From this early work, her team identified several renal genes of interest, including ACE, AGT, AGTR1, CYP11B2, and ADD1.

In 2011, Dr. Pescatello began working with the Jackson Laboratory Scientific Services, Genome Technologies Group, a genomic research center in Connecticut. Using next-generation sequencing (NGS), they performed deep amplicon sequencing of subject samples to see if the results could inform who would or would not respond to exercise as an antihypertensive lifestyle therapy.2 The approach identified variants that demonstrated exercise intensity–dependent PEH associations in African American, but not Caucasian, subjects.

iCommunity spoke with Dr. Pescatello about how amplicon sequencing provided in-depth information about the genetic variations that underlie the body’s cardiorenal response to exercise.

Linda S. Pescatello, PhD, is a researcher and distinguished professor of kinesiology at the University of Connecticut.

Q: What sparked your interest in the field of exercise genomics?

Linda S. Pescatello (LSP): I’ve always had a love for biology and sports, and my life reflects a happy mix of the two. When I was a child, my father played minor league baseball and my mother was a nurse. At the University of Connecticut, I was a biochemistry major and played softball, basketball, and tennis.

When I entered graduate school, the field of exercise science was new. I realized it was the perfect blend of my love of science and sports. The exercise research I conduct can have a positive impact on people’s health and their quality of life. That’s what motivates me.

Q: When did you begin your candidate gene association studies?

LSP: In 1998, there was increasing interest on the influence of genetics on the response of health-related phenotypes to exercise. In the early 2000s, I was a coinvestigator on a study looking at the influence of the apolipoprotein (APO) E polymorphism on training response.3 I also was involved with a multicenter study of functional single nucleotide polymorphisms associated with human muscle size and strength (FAMuSS).4 In addition, I was the principal investigator on an American Heart Association study of the influence of exercise intensity on PEH.5,6 All were candidate gene association studies that looked at individual variants that could be involved in the response of health-related phenotypes to exercise, which included cardiorespiratory fitness, muscle size and strength, and blood pressure.

"...it became obvious how hit-and-miss gene association studies were in identifying variants. They were more like fishing expeditions."

Q: How many variants did you believe would be involved in PEH initially?

LSP: When we first began performing PEH candidate gene association studies, many of us thought we were going to find a few single nucleotide polymorphisms (SNPs) that would explain a large proportion of the exercise response of health-related phenotypes. That turned out not to be the case.

Q: What exercise study design did you use in your PEH studies?

LSP: We had subjects exercise acutely on one day and rest on another day, with the days randomized among the subjects. Each day, subjects went home with ambulatory blood pressure monitors and faced the everyday pressures of a job, family life, etc. We found that on the days that the subjects exercised, their blood pressures were significantly lower than on the days they did not exercise.

Q: What technologies did you use to perform gene association studies?

LSP: We performed genotyping using qPCR allele discrimination assays. For each SNP, an allele-specific PCR was performed. Using this approach, we identified many polymorphisms that explained small portions of the variants. However, it became obvious how hit-and-miss gene association studies were in identifying variants. They were more like fishing expeditions. We realized that NGS would enable us to look at much larger portions of the genome simultaneously.

Q: When did you begin using NGS for your studies?

LSP: We started using NGS in 2011 when our lab began collaborating with the Jackson Laboratory.7 We conducted a systematic review of the literature and came up with 41 genes. These included the renal variants we had identified in our prior gene association studies, as well variants identified by others that were associated with the blood pressure response to exercise, hypertension, or obesity.

We designed a targeted sequencing panel for those 41 genes. Amplicon sequencing was performed at the Jackson Laboratory on 23 samples from obese adults (14 African American, 9 Caucasian) who underwent the same exercise protocol we used in our prior gene association studies. African Americans tend to have a disproportionate incidence of hypertension and their prognosis is often worse.

"Using a targeted approach enabled us to reduce the search space of the genome and find important information to move the field forward."

Q: Why did you choose to perform amplicon sequencing rather than whole-exome sequencing?

LSP: We chose a targeted amplicon sequencing approach because we didn’t want this to be another fishing expedition. There was also the issue of cost. Exome sequencing would have made this project financially prohibitive. Using a targeted approach enabled us to reduce the search space of the genome and find important information to move the field forward.

Q: What were the results of the NGS PEH study?

LSP: The NGS PEH study had an amazing hit rate. Twenty-five percent of the genes in our panel were associated with PEH. In 75% of those genes, the associations differed between Caucasians and African Americans. We found more associations than we originally thought existed.

We identified variants in ACE, AGTR1, CYP11B2, and ADD1 that correlated with PEH in the African American group, but not the Caucasians. The associations we observed were for vigorous or high-intensity exercise. As the number of minor alleles increased, which are typically the risk carrying alleles, blood pressure decreased 20-30 mmHg after exercise compared to controls. We also identified two renal variants where there was actually an increase in blood pressure of the African American subjects after moderate intensity exercise.

Q: How did you analyze the data?

LSP: Jackson Laboratory provided us with the variant calling files to analyze the data. Because this was a preliminary study with only 23 subjects, we used methodological strategies to increase the statistical power of the study to detect associations. We worked with Dr. Elizabeth D. Schifano, a statistician at the University of Connecticut. Specifically, we examined the PEH associations over the 19 hours that subjects wore the ambulatory blood pressure monitor. We analyzed the polymorphism associations that emerged from the variant calling with linear models that included time, the polymorphism in an additive model, and polymorphism interactions that were adjusted for multiple testing.

Q: How could these results inform the use of exercise to combat hypertension in certain subjects?

LSP: For certain genotypes, these findings suggest that vigorous intensity exercise might maximize the antihypertensive benefits of exercise. While the promise of personalized medicine is still years away, this study brought us a step closer to developing predicted equations to fine tune exercise prescriptions for PEH subjects.

"We’ve already started down a multilevel omics path and are examining RNA expression in some of the samples."

Q: What are the next steps in your research?

LSP: There were other nonrenal gene variants that emerged as significant in the PEH study and we’re analyzing those data.The data we obtained from this preliminary study is also serving as the baseline for a larger project. We’re in the process of planning and obtaining funding for an exercise study with about 300 subjects, half African American and half Caucasian, using the same methods and a prioritized panel of more than 200 genes.

Q: What would be the benefit of a multilevel omics approach in future studies?

LSP: It would be valuable to study the genomics integration of PEH at various levels—DNA, mRNA, and proteins—to determine the regulatory pathways account for the significant amount of variability in blood pressure responses to exercise. I envision that will also include methylation and epigenetics studies. We’ve already started down a multilevel omics path and are examining RNA expression in some of the samples.

Q: What advice would you give researchers who are considering amplicon sequencing for their studies?

LSP: I‘d recommend that they talk with people who are familiar with how to create targeted exon panels and how to perform amplicon sequencing. Using amplicon sequencing for this exercise study was easy considering the complexity of the science.

I also think it’s important for researchers to keep the ultimate goal in mind. Everyone knows it’s getting harder and harder to obtain funding. One reason is because of the focus on large studies and big data. We shouldn’t lose sight of the need for well-done, investigator-initiated studies that can make significant contributions to the field.

Read more about this study:

Read more about the Illumina systems and products used in this study: